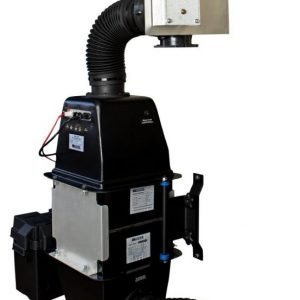 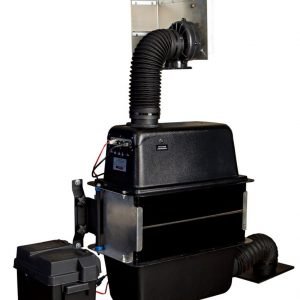 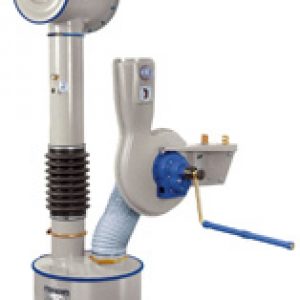 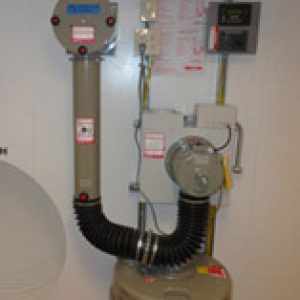 These airflow values are taken from the manufacturer’s data. Be sure and note that we are comparing these filtration systems with a common unit of measure – cubic feet per minute (CFM) and common filtering method – full NBC air filtration, not “fresh” air supplied without any filtration. The Safe Cell has a separate blower for fresh air and the other systems allow you to bypass their filter cartridge using the same blower, putting additional hours on the blower you will depend on in an emergency.

All of these systems come with intake and outflow blast valves, an overpressure valve (integrated into the outflow blast valve on the Beth El and Andair), and a backup hand crank. The Safe Cells also feature an integrated battery backup system – unavailable on any other NBC filtration system.

Other considerations are shipping costs and availability. The Safe Cell is manufactured in the United States and we normally have stock for immediate shipping – both filtration systems and spare filters. The 100 and 200 series complete systems ship with reduced flat rate shipping to your door by UPS Ground. The Beth El and Andair are typically shipped from Israel and Switzerland to the nearest international airport. The customer has to pick it up there or arrange shipping to their home. Air shipping and customs fees are usually added to the price.

by Len Henrikson
The original inventor of the Safe-Cell NBC air filtration system.

In 2003 I was approached by an Israeli company. They told me that they would be able to sell many of my NBC filtration systems in Israel.

As a result of several conversations with them, I developed the following changes and additions to my filtration system:

Later that year we received and export license and shipped five Safe Cells to the Israeli company.

They used the sample filters to reverse engineer my complete system and went into business manufacturing a copy of it in Israel, under the brand name of MAGEN. They also used text and drawings from our manuals and website without permission. It appears that the original company has gone out of business and the surplus filtration systems were imported into the United States and are being sold under the brand name Saferoom 8/18.

The MAGEN copy has some dangerous design flaws and the construction materials used are substandard:

The distance from the bottom intake port to the bottom face of the particulate filter provides insufficient space for proper air diffusion to occur. In other words, the bottom end bell is not deep enough. This will result in “channeling.” Channeling is the airflow concentrated in one spot and is not evenly dispersed over the entire face of the filter. This will  allow a breakthrough of unfiltered air. Imagine spraying paint into the air intake port of the filter for a couple of seconds. When you take out the filters, you want to see paint over the entire surface of the pre-filter, not just in one spot in the middle – that is channeling.

Another problem is the critical internal sealing of the filter media components. It is essential that no unfiltered air be allowed to leak by the filters. NBC filtration units require three individual filter sections that are internally connected in sequence: the pre-filter(s), the particulate filter or certified HEPA, and the carbon absorption or gas filter. To prevent the possibility of leakage, the US Army Corps of Engineers has published strict design compliance guidance about seals. The Safe Cell I designed was constructed like a hydraulic cylinder – two end bells that have a tensioning system that compresses the seals between the filters. The MAGEN copy has end bells that bolt together and cover the filters inside. This does not allow any tolerance for the filter height. The filter heights must be dead on, or the filter seals will not be properly compressed.

The last issue with the surplus units being sold in the US now is the age of the carbon. These units were originally manufactured in 2003 and 2004. Activated carbon adsorbs gases onto its surface, molecule by molecule. Its surface area is finite and gets used up over time. The carbon will adsorb water vapor from the atmosphere and even if they are sealed up because most plastics are semi-permeable and water vapor will be drawn in and impact its ability to adsorb toxins.